A System infected with malware can be a major issue, but the severity of the problem varies depending on the type of malware, as some are more harmful than others. A new form of malware has been circulating recently, and it has infected many Windows computers so far.

How do I Remove Virus Alert from Windows Computer?

According to what we’ve learned so far, several users have reported receiving a mysterious pop-up on their system, claiming that their computers contain harmful adult content. What’s even more confusing is the message seems to be coming directly from Microsoft. But this isn’t the case because Microsoft refuses to do so.

Let’s take a closer look at this.

1) So, what exactly is this fake virus message?

This is the most common scenario to get such a fake virus message. Like most tech support scam malware, this one was most likely installed by mistake while the user was downloading freeware. Freeware applications are often bundled with malware, so we can only download files from reputable sources. It should request that you enter your Windows registration key, which you should never do. In this case, the malware is referred to as a potentially unwanted program or PUP.

2) Is this virus alert reversible?

If you’ve been having trouble with this, don’t worry; there’s a way to keep things under control. It should be simple to remove and will not damage your device in any way, according to our experience. During the installation process, the Potentially Unwanted Program (PUP) usually gains access to your computer by riding on other resources. You just need to uninstall the software, and everything should be perfect.

3) How to remove PUP from your Windows 10 computer

We understand that the fake warning would force the user to use their web browser in full-screen mode. It won’t let you turn to other screens, so let’s figure out how to get around this and get rid of the PUP. To begin, press CTRL + Shift + ESC on the keyboard to bring up the Task Manager. Find the procedure for your web browser, right-click it, and select End Task to terminate it. To arrange the list of programs in chronological order, go to Control Panel > Programs and Features and pick Installed On. Any suspicious PUP that was recently mounted on the user’s device should now be uninstalled.

5) Get a standalone antivirus program from a third-party vendor and install it.

The next move is to run a scan for an on-demand standalone antivirus like Dr. Web Cure It to see any issues. Quarantine all infected files after scanning the device. Ensure that all PUPs and other viruses are removed from the computer.

We also suggest using AdwCleaner, a program that will help you remove unnecessary software from your Windows 10 device. Since the tool is based on the same technology as Malwarebytes, users should expect the same detection level.

How to Remove Any Virus From Windows 10 For Free! 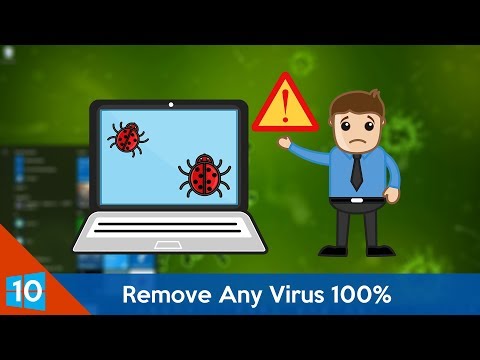